Omananda’s first multimedia presentation and live performance took place in the Club of The Visionaries, in Berlin, in 1999. Back then, he vj’d (video live-mixed) his travel-videos while simultaneously djing the sounds he had recorded on his trips. Liquid Crystal Vision – an Omananda film – was released in 2002. Numerous visual live shows followed, in transformational festivals around the world. For example; at the Burning Man Festival, The Boom Festival, Gaian Mind, and many others. Torsten has inspired thousands of people around the world as an author, filmmaker, producer, artist, world traveler, healer & visionary. After two decades of performing and producing, his latest additions in the artistic repertoire are multimedia presentations and workshops. His intent is to create a mystical sensation in the audience, with cosmic associations, and to teach what he has learned from traveling around the world. Every show is unique, depending on the location, the theme, and the moment. 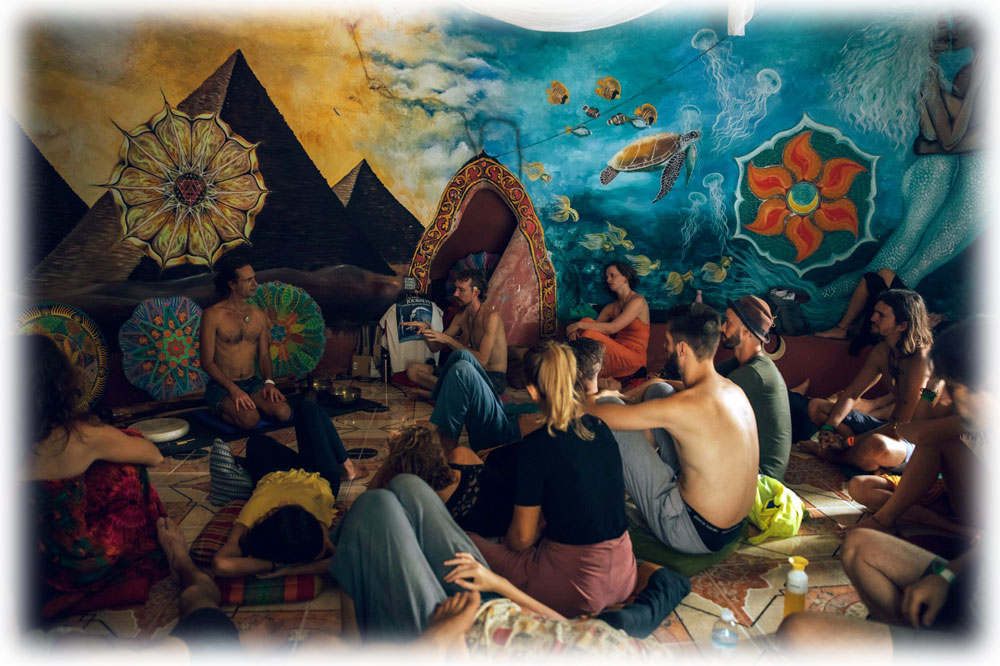