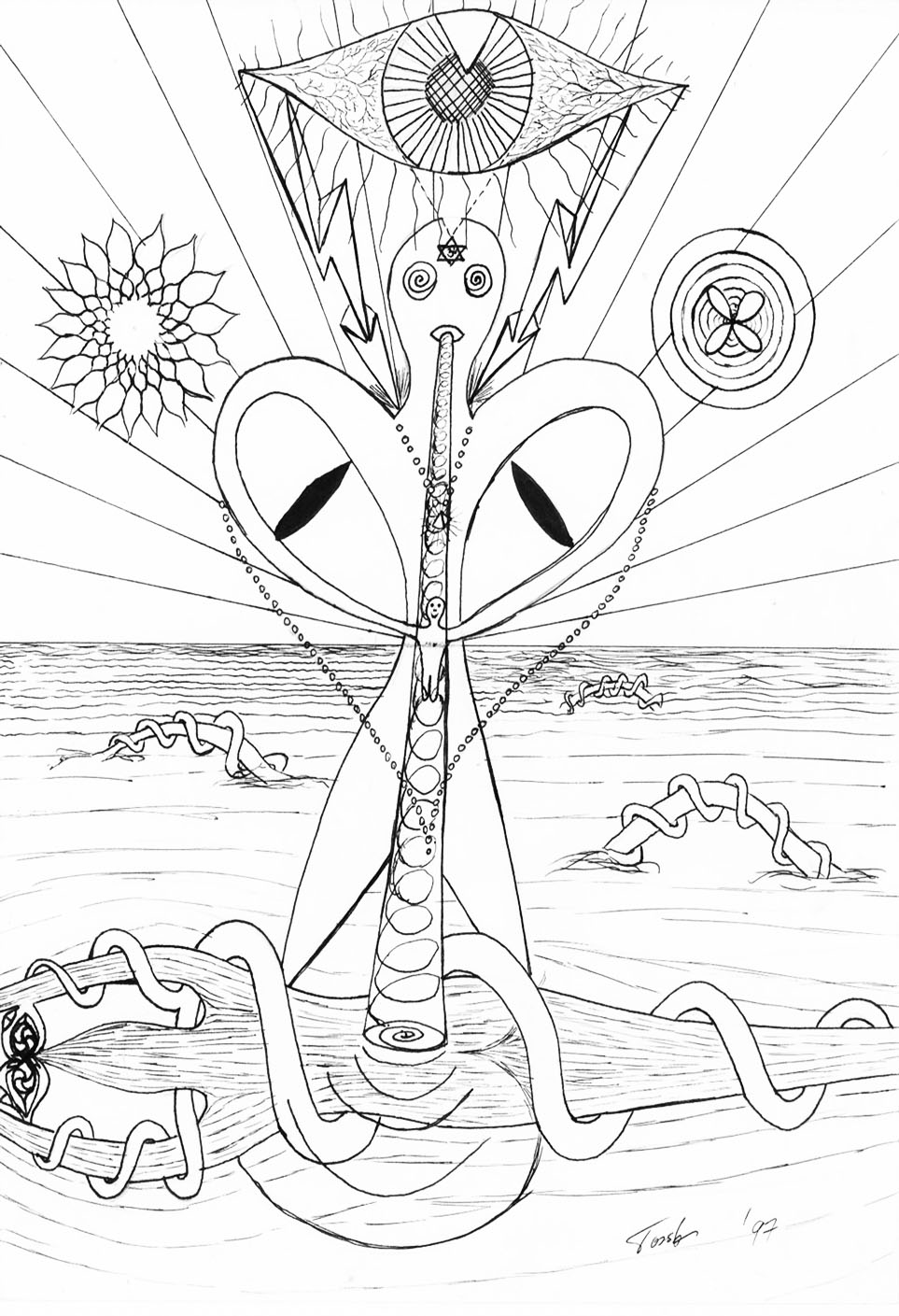 I gave my first Vibrational Sound Healing Session with a didgeridoo in the mid-nineties. Since then, I have witnessed miraculous results during many spiritually uplifting and deeply transformational, personal and group healing sessions. I give these often in combination with visionary consultations and guided meditations.

Playing didgeridoo with specific overtones closely over a person’s body typically causes their muscles to relax, but sometimes they also convulse. The sound waves of the didgeridoo deeply penetrate the human body. They can be felt strongly also going through the flesh! When these energetically cleansing sound patterns and waves brush through the bodily tissues, healing naturally takes place through alignment. A well-executed vibrational sound healing can restore the original geometry and thus create balance and harmony within a bodily system and its ethereal surroundings. The grounding and relaxing sound fields that the instrument generates connect to the frequency of the earth’s resonant field. Didgeridoo healing activates the body’s electromagnetic bio-circuits.

In the following video I teach Parker how to play didgeridoo and he learned it in one week. In the second part of the video you can watch and listen to, preferably with headphones because of the binaural microphone recording, how a didgeridoo healing looks and sounds like.

Through intuitive perception, while using detailed prayers, I tune into the area in need of cleansing. Tense tissues relax when correlated issues that exist within the body-mind-complex are released. Relaxation then transforms disease into ease! Truth and wisdom results when the uncorrupted life source enters our bodies from the heart-space and obstacles (blockages) are thus removed. I am truly grateful for the gift to bestow that onto others and myself.

Healing always interested me and many healers paths begin with self-healing, so did mine! Mystical and magical experiences literally woke me up from a long and ignorant, deep sleep. I used to work professionally in hospitals but understood that most doctors do not treat their patients as an integral aspect of the whole. Allopathic medicine isolates parts of the body. Sometimes entire organs are cut out and pharmaceutical (chemical) drugs are used to kill so-called foreign invaders. I started practicing yoga and meditation after I entered the world of psychedelia and realized that awareness naturally expands when playing didgeridoo, during which the cosmic frequency of unconditional love becomes freely accessible. 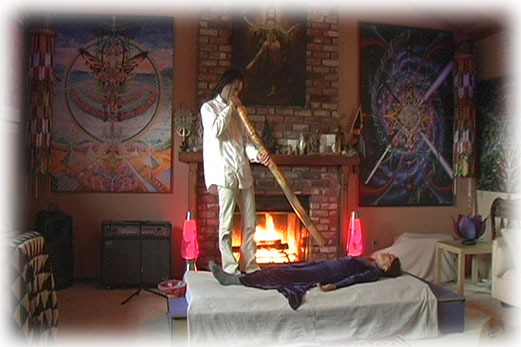 Buy a didgeridoo made by Omananda

Vibrational Sound Healing Sessions1997-05-252019-08-30https://www.transcendentaljourneys.com/wp-content/uploads/2020/05/transcendental-journeys-visionary-writing.pngTranscendental Journeyshttps://www.transcendentaljourneys.com/wp-content/uploads/2018/03/transcendental-journeys-podcast_sound-healing-by-omananda.jpg200px200px
Recommended Posts
Claim your FREE eBook
Subscribe to the FREE Newsletter to receive Omananda writings only shared with Newsletter subscribers. You will get special discounts over time and freebies.
Subscribe to the Podcast
Google PodcastsAndroidby EmailRSSMore Subscribe Options
Copyright: www.omananda.com - all rights reserved © 2020
Contact Us 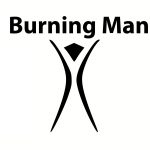 My first Burning Man initiation was in 1996All Posts Are Here, Life Stories & Travels