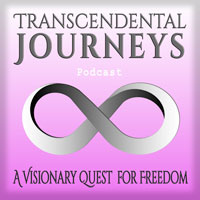 In this introductory podcast episode, the Transcendental Journeys Podcast is introduced. Some of the recordings in the follow-up episodes might be of mixed medium. Your host, Omananda has used different recorders throughout his journeys across the world that took him nearly three decades around the world! He’s still on the move and the audio ranges from hidden devices with poor quality to high quality microphone recordings during filmmaking. PS: When traveling it’s not always possible to bring large amounts of studio equipment.

Omananda has been inspired to record while walking or driving. Wind sounds are sometimes hard to avoid, but whenever possible wind-protectors have been used during recording. In future podcast episodes, binaural microphone recordings come into play and the audio of that is dimensional and very real, so buckle your seat belts!

Hopefully you will love this podcast nonetheless and get inspired, feel elevated and transcend all that is not real. Please send your feedback, tell your friends about Transcendental Journeys, and check out the website!

This particular episode has Huichol Recordings from the biggest ceremony ever conducted in the history of their culture. These powerful prayers were conducted in February 2012. They helped to stop multinational billion dollar mining corporations from ruining what the indigenous people consider the birthplace of the sun and a very sacred place. The Huicholes use a psychoactive cactus called peyote, or hikuri, since immemorial times and they believe they originated from wolves. They surely sound like it! Read one story on Omananda’s blog about the ceremonial recordings you are about to hear when you follow this link:

Huichol Ritual — A Group Prayer for the Heart of the Earth

The vice president of the Native American Peyote Church speaks in this podcast. The recording was taken at night in a windy location on top of Cerro Quemando in Mexico. What he says is powerful. (Never mind the wind sounds). There are didgeridoo segments in this podcast too, quotes, and “walky talkies,” which are recordings when talking while walking.

Enjoy this podcast and subscribe to never miss an episode again.

Podcast (Introduction): Transcendental Journeys2018-02-152020-03-31https://www.transcendentaljourneys.com/wp-content/uploads/2020/05/transcendental-journeys-visionary-writing.pngTranscendental Journeyshttps://www.transcendentaljourneys.com/wp-content/uploads/2018/02/transcendental-journeys-podcast_introduction-1.jpg200px200px
Recent Posts
Claim your FREE eBook
Subscribe to the FREE Newsletter to receive Omananda writings only shared with Newsletter subscribers. You will get special discounts over time and freebies.
Subscribe to the Podcast
Google PodcastsAndroidby EmailRSSMore Subscribe Options
Copyright: www.omananda.com - all rights reserved © 2020
Contact Us 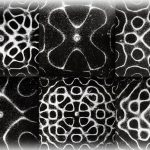