As people will try to rise against the increasingly tightening measures to control the “pandemic,” police gets forcibly stronger in their response to “protect” the interests of the multinational corporations who control the politicians in the socio-political climate the Western world so erroneously calls “democracy.” Surely, capitalism is much smarter in exercising control over the masses and surveilling them. There is much more freedom in it than in the communist-idealism ruled socialist countries (Russia/China) where the governments (the party) rules by imposition of power and indoctrination.

The uneducated commonly do not question authority as long as they have been properly sheepalized. Germany (the Nazis) invented mind-control through propaganda and the USA perfected it. Law enforcement in whatever regime will respond to orders from the top, but as long as the laws are based in the wrong principles (that of power/greed/corruption), people won’t see the change manifested on the outside they so dearly desire within their loving hearts. I believe that humans, when educated from the start are kind and loving and mostly good by nature, although there is something about the story of Abel and Cain.

One thing is crystal clear to me: the system needs to be changed – from the ground up! I am not saying the system needs to change. It needs to be changed by the people! We require a rebirth so to speak. Any birth has some bloody aspects to it, even if it is orgasmic. And when it was people versus the state/government in the past, people ultimately succeeded to overthrow the ruling party, but only to imprison themselves again. Today, however, we are facing a new frontier.

By using technology, those in power have the capability to exercise ultimate control over the masses and in China, face-recognition software is already used to log into all your online networks and the phone. Public surveillance cameras always know your position and movements and any violation against state-laws will result in termination of your contracts, bank accounts, with fines, or concentration camps and the likelihood of becoming an organ-donor, as long as you are healthy enough to fit the profile. The USA is looking at China with awe about that and it’s not going to be long before Western countries adapt this policy into their slightly advanced, but largely dysfunctional systems.

Surely, the line of the loss of individual freedom has been crossed already and it is the responsibility of the people to unite for liberation. These like-minded individuals and groups will be called radicals, terrorists, and so forth by the mainstream media or those unaware of the consequences by not acting together now. People still have a chance as long as the police and army is not run by robots, drones and droids entirely, but that timeline is quickly closing. Human beings at least can still think for themselves now and put down the guns!

Where there’s no freedom of assembly and many other freedoms are being taken away – one by one, like loving, hugging and kissing each other and to take care of one another (not being able to visit relatives in hospitals) – we must stand up united in peace, instead of hating and imposing misguided views and falsely claimed authorities, like; ownerships over other humans, animals and whatever else exists in the perceivable or the imaginary realm.

Who needs a governmental body that exercises their authoritative control over the masses? Those who have voted politicians and parties into power are those who signed up to be controlled. With that signature (if you ever voted) you gave your right away to be ruled by another. True democracy as defined by Socrates and later refined by Plato only happens when the people who are voted into power act in the best interest of the people. If those voted into power act in their own interest, as it is part of human nature and survival, or they are corrupted to act on another’s behalf (king/corporation/bribery) – that is no true democracy! As most of us know, a campaign in America is run like a product add.

The fathers of democracy also argued that the uneducated masses are not in the best position to vote for those who would guide and ultimately rule over them. The American and the Western people, as well as the Chinese and Russian, are (heavily) influenced by those asking for their vote, who lobby with their (often-fake) interests to try swaying them towards trusting them by giving their vote. That is a direct manipulation in the open and people don’t seem to get it. Not as long as they vote! It’s such a joke to me – this big freakin’ error of our societies. To think to make a change by voting. You can make a change by meditating. That’s much more effective!

Voting won’t create a real change, nor does your political opinion matter. Nobody cares. Everyone thinks for themselves, have you noticed? No matter if politicians say, “Yes, we can!” No, we don’t and no, we can’t – not unless the system is changed from the ground up. And no (unnatural) system has ever changed from the inside-out. Although, in nature, there is mutation that allows for a sudden quantum leap or shift (of consciousness) and that cannot be ruled out when it concerns the evolution of mankind – what an ironical name for humanity. The question most interesting to contemplate about is, “How can we change the system and into what might it change into?”

Surely, the most simple answer is: by changing yourself the world changes. That’s one level to work on – yourself, spiritually.  Because your perception and interpretation of the outside (world) – the three-dimensional realm we perceive with our physical senses – changes automatically as a response to the internal changes that are largely movements of consciousness and awareness. But how to work on the outside and not be pulled into that (dramatic) illusion?

The socio-political system of communism or capitalism (imperialism) doesn’t work. Any fairly intelligent human being knows that by now. Free markets are great, but the markets are not so free any longer. Large companies will likely be the only ones surviving the corona pandemic and some might even be state-owned as a result of the out-of-line measures imposed by the ruling systems on the masses. Even the transformational festival culture is on hold right now. That has helped humans to wake up. Not only those who go to such events, but also others who have benefitted from the visionary aspects of the healing that occurs during these happenings on transcendental, magical, and collective consciousness levels. ( The billionth monkey waking-up phenomenon ).

I am not against wearing masks and I am not in denial there is a pandemic, but I still look at Sweden, as I did in the beginning of my book (Coronalization) and the numbers of infected individuals and people dying from Covid-19 naturally goes down there, even though Sweden never imposed a lock-down. Anyone who knows a little bit about natural medicine and how to keep immunity up also knows that not-so-safe immunizations are not a holy grail against viruses, but for pharmaceutical companies they surely are a gold-mine! No, I am not against vaccinations per se, but I have the right to deny anyone wanting to vaccinate me and I can take control of my personal health. In my humble opinion as a three-decades world-traveler and mystic, those are personal decisions to be made individually. People afraid to get Corona (and die from it) – go ahead and get your vaccination. Maybe preconditioned individuals could benefit from a safe vaccination, if they existed. Nobody should stop or judge anyone for wanting that, when it’s available, and it’s those people who will have to deal with the consequences of such decisions, not the government, not Bill Gates, not the pharmaceutical companies. If I die from Corona tomorrow, because I did not take the life-saving vaccination. Who cares? That’s my call to make!

If you don’t realize that we need another functional societal system that works sustainably, is based in common sense and rooted in the hearts of the people, you got some work to do, my friend. The same people who are divided today about dualistic opinions, such as: political in nature, or dogmatic, religious, science-based, gender-based, wealth-status, homophobic, cultural, and pathologically insane can heal that mental mumbo jumbo by centering in the heart-space. We can drop our prejudices when we come together from the inside-out and remember where we come from and who we truly are. Anything is possible and within reach right now for anyone. But sitting at home, trying to “ignore” what’s coming or what’s happening won’t protect anyone when the shit hits the fan.

From Norway, with Love ~ Omananda

Thankfully here, the responses the the Coronavirus have been well managed by quick responses in the beginning with timely releases of the draconian measures.

Rise or drown!2020-08-022020-08-02https://www.transcendentaljourneys.com/wp-content/uploads/2020/05/transcendental-journeys-visionary-writing.pngTranscendental Journeyshttps://www.transcendentaljourneys.com/wp-content/uploads/2020/08/rise-or-drown.jpg200px200px
Recent Posts
Claim your FREE eBook
Subscribe to the FREE Newsletter to receive Omananda writings only shared with Newsletter subscribers. You will get special discounts over time and freebies.
Subscribe to the Podcast
Google PodcastsAndroidby EmailRSSMore Subscribe Options
Copyright: www.omananda.com - all rights reserved © 2020
Contact Us 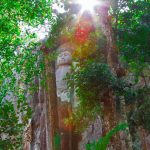 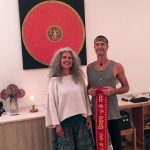