Resistance — Standing Out of The Crowd 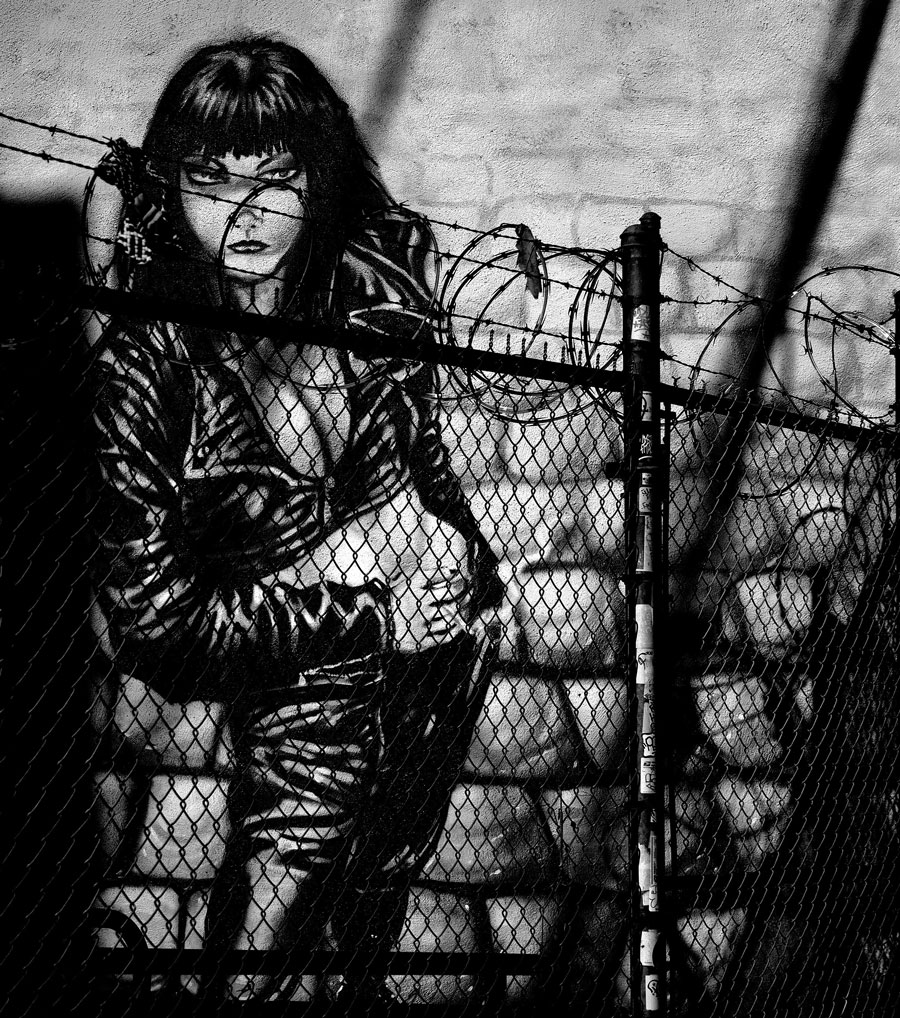 The official way to leave East Germany was to write a legal letter to the government saying that you could no longer tolerate their regime, you are therefore politically incorrect, and you want to leave the country permanently. This letter was called the “Ausreiseantrag” in German, which translates into English as an outside-travel-application, or (ATA). After that was submitted, the long waiting period would usually begin that could take anywhere between six months to ten years before official permission to leave the country was granted. Out of the blue, a 24-hour notice would then be given that would open a brief window for the applicant to leave immediately without any option to return within the next ten to twenty years, even to see close relatives. In the meantime, applicants would have to report weekly to the local police station. The kind of torturous treatment described in the previous story, and probably even harsher treatments, would be repeated.

The illegal way of leaving the country involved crossing the land border between East and West Germany. The “death strip” started with a three meter tall wall, a mine field, German shepherd watchdogs, sensor-based automatic machine guns, soldiers ready to shoot from towers, an electric fence, and another three meter tall concrete wall. Attempting to cross it was certain suicide and many people died trying during the time when the Berlin Wall between East and West Germany stood. My life in East Germany, was not so bad that I had to risk it being killed. It was preferable to listen to my mother, Angelica, who encouraged me to go the legal route by writing an ATA.

Although I never actually submitted an Ausreiseantrag the communists blocked my higher education since I did not commit to joining the Army for three years. I was not even permitted to go to gymnasium and I did not want to learn any of their unappealing and boring jobs on a long list they wanted me to choose from. My mother finally persuaded me to become a nurse and study medicine as a secondary educational option, but my focus still remained on my original goal of becoming a doctor when I enrolled.

The first assignment in nursing school was to create a large poster to persuade people to donate blood. A book inspired me to write a story about a woman who had had an accident and its aftermath. From the story I wrote, it was not easy to tell she was in trouble until the very end. The story described someone having a mystical, out-of-body, Near-Death Experience, or NDE. While I no longer have that project, I remember that this woman, who was clearly on the other side of life, was pulled back into her body by the insertion of the needle to give her the life-saving blood. When the director of the nursing school came into our classroom she asked who wrote the story on the poster. I lifted my hand, and she said, “Mr. Klimmer, you are clearly in the wrong school! You should be a writer!” Indeed, the practice and love of writing had etched itself deeply into my imagination. I had been writing from an early age, since my father encouraged me to keep a daily diary.

I was one of five males studying nursing with 350 women for three years. During lunch breaks, I would often go with one or more female classmates to a local pub to eat schnitzel and drink beer. I recall always seeing an older man sitting mostly alone on the same table in the corner of the pub. One day, a friend of mine who lived in this part of town told me that the man was a famous writer. Keeping in mind what the director of our school had said after seeing my poster story, I approached him and asked what he would recommend I do to become a writer. He responded, “Go travel and write your stories down!” This truly surprised me, because I had expected to be told to study literature or something like that.

In East Germany options for traveling were limited but not totally prohibited. We could officially travel to places like: Bulgaria, Romania, Russia, Hungary, Poland, the Czech Republic, Croatia, and even Cuba, although travel was quite expensive. I visited most of these countries with my parents as a child as a vacationing East German family, with the exceptions of Cuba and Croatia.

Back then one of my best friends in East Germany was also called Torsten. Many things were not available in East Germany and this also seemed to apply to unique names. Like me, four of my good friends were also named Torsten. This particular friend, who I shall refer to as Torsten H., had already done what I was planning to do. He and his mother had written their ATA, so they were on the list waiting to leave the country. They did not care much about what other people thought about them. This was unusual for East Germans, who were typically very concerned about what others thought of them.

The general public was extremely afraid in East Germany to speak their truth and express what they really thought about the regime. The Stasi would collect information about citizens through random people. For example, they might approach individuals who fit their profile to ask if they would like to make some extra cash on the side. They would then pay considerable bribes to get folks to speak to them about their friend’s behavior and political views. This was how they collected information about people and why you could not trust anyone back then. I did not even trust my own father because he was in a high-ranking position that individuals typically could not achieve unless they were a member of the communist party. Today, we have computers, mobile devices, and social networks that do a great job in delivering large amounts of personal data that can be processed and observed digitally by government organizations for a variety of reasons. However, most democratic Western governments today are much more liberal than the GDR ever was.

One day, Torsten H and his rather unconventional mother asked if I wanted to join them for a prayer service at an Evangelical church in the local town where people with pending ATA’s gathered to share a peaceful vision for freedom in East Germany. After my first meeting, I went every Saturday, although I had not yet delivered my ATA. Even before I started attending these political events held under the protective umbrella of religious services, I had noticed army personnel surrounding the church plaza on Saturdays between 06-07 pm, when every road that led to this area was blocked off with large vehicles carrying commando soldiers heavily armed with Kalashnikovs. Accompanied by German shepherd dogs, they seemed ready to attack.

The effect of this over-the-top military presence was that the few people attending those church prayer services attracted a lot of unwanted attention. Also, we did not feel safe and the priest could not directly say anything against the oppressive communist regime or he would probably have been taken away immediately. Although churches were tolerated by the regime, communists generally preach atheism and do not allow space for any type of believers — other than those committed to the Red Revolution.

On the rooftops of the local buildings surrounding that church plaza were photographers with large telephoto lenses who took pictures of the people attending services. These practical intimidation methods also served to collect data on the individuals opposing the system, even though we had no violent intentions and only held a burning desire for freedom. When the Berlin Wall finally fell in 1989, reports surfaced that plans for concentration camps were found, including a list of people to be picked up!

The oppression was so bad that most of those who attended one particular liberation and freedom day expected to be arrested. I was waiting outside the church before doors opened, when I noticed a man in a suit standing so close to me that he was virtually breathing down my neck. I walked away from him, but he persisted in walking along with me like a shadow. I began to walk in figure eights, but he continued following only a few centimeters behind me. Then I started to talk aloud to myself about the ugly illusion following me that looked like a stupid Stasi agent. I kept on talking in a very derogatory and arrogant manner about this man and making fun of him, saying how dumb he must be to sell his soul to the devil. I did this until he eventually left, but it took me a while to lose him, and it was a very unsettling experience for me.

The government’s strategy became increasingly clear when I was working in the closed psychiatric ward as part of my practical nursing training. Politically incorrect people were sometimes admitted there based on a doctor’s order claiming that they were paranoid and delusional. I had to administer large doses of psycho-pharmaceutical drugs intramuscularly against the patient’s will. They violently screamed as I watched them become virtual zombies. The government and their agents tried to make people who were critical of their system appear psychotic with various measures. For example, I was walking home from school on an ordinary day and while crossing a plaza filled with people on my way to the bus station, a man in a suit suddenly jumped out of the crowd right in front of me with a camera. He took my picture, and then disappeared back into the crowd! After experiences like that, I admit that even I became slightly paranoid, especially once I started planning my escape.

* This story has been published in the book Transcendental Journeys – A Visionary Quest for Freedom by Omananda.

Get the paperback, ebook, audiobook, and original photographs for a DISCOUNT at this website’s shop

Resistance — Standing Out of The Crowd2021-03-062020-11-15https://www.transcendentaljourneys.com/wp-content/uploads/2020/05/transcendental-journeys-visionary-writing.pngTranscendental Journeyshttps://www.transcendentaljourneys.com/wp-content/uploads/2018/03/transcendental-journeys-omananda-7.1.jpg200px200px
Recommended Posts
Claim your FREE eBook
Subscribe to the FREE Newsletter to receive Omananda writings only shared with Newsletter subscribers. You will get special discounts over time and freebies.
Subscribe to the Podcast
Google PodcastsAndroidby EmailRSSMore Subscribe Options
Copyright: www.omananda.com - all rights reserved © 2020
Contact Us 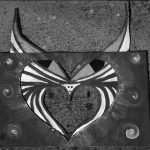