Excerpt from: The Vision Of Paradise 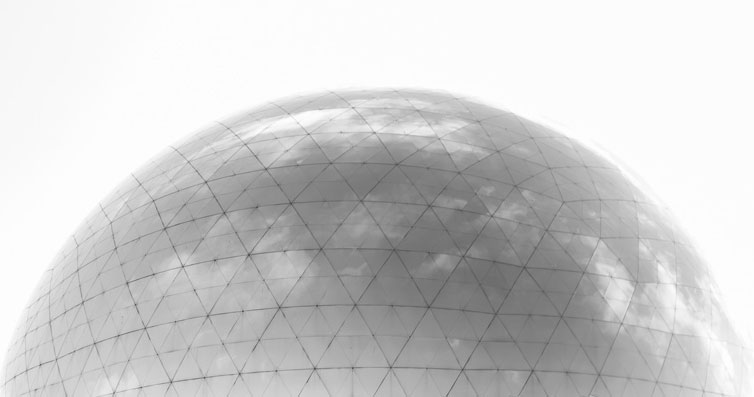 I experienced a futuristic Earth realm, where everyone was part of a flawless world. We had all realized our full potential and were living it too. In this vision we came running up to each other euphorically by saying, “Have you heard the news yet? We are totally free!” Our imagination was boundless and the time-space barrier between dreaming and waking was no more. Everything was possible and instant. It all seemed so very real to me as I was lying seemingly suspended and traveling through time. I recalled seeing huge geodesic domes, similar to those constructed at the Eden Project in Cornwall. Although I reasoned them to be a metaphor for us to be a part of the flower of life, or the Jeweled Net of Indra that is the basis for creation itself, this might have not been the real meaning of what these dome-visions meant. In that potential future that was communicated through me while time-traveling, humans lived in groups of 150-200 people inside massive domed structures. A universal wave of consciousness connected to the global awakening process had illuminated everything on our planet and created a full realization of the entire truth. Those incapable of holding and receiving this divine frequency would be simply ripped apart, either through karma or by direct contact with this powerful energetic force. What was coming would be much wilder than any of us could ever imagine. Paradise would be amazing, but a full rebirth of a dawning golden age first required a bloody death of the perverted civilization that humans have created on this planet.

The awakened human beings lived a very happy life in those futuristic dome-communities. Each member was fully present and aware of his or her true nature. We had finally realized who we really are, and how much goodness we are capable of. There was no individual friction any longer, because everyone received messages (instructions) directly from the Source. We lived communally without a hierarchical order and with a cosmic consciousness. We looked at each other deeply through our eyes and communicated telepathically, through our hearts. All energy was harvested renewably, and we recycled everything within these fully sustainable domed environments, including the water we used, the products we made, and everything else we needed to thrive. A few domes and sustainable natural environments with fully conscious people existed like that around the planet and each of these communities was able to transfer information through technological inventions that were freely available for the benevolent use of all. Money had become useless, but we traded seeds with each other and we had a communal transport system that we used to move between places. People did not have private cars any longer. A central element to the dome environments and sustainable future communities was the way we worked. We rotated all positions according to our liking and the main teaching area was also the place everyone met for regular social celebrations, gatherings, and workshops.

….. (segment from the book is missing here)

Visionary artists can often foresee our future! Carey Thompson, the art coordinator of the Boom Festival, answered in a visionary ART panel that I filmed in 2010, when asked what to do next, with the following words, “To create a network of healing art-centers around the globe.” Xavi Peneton sat in the same panel suggesting, “Create a giant paradise.” Carey continued, “To co-create, to share, to be inspired and to continue to grow like that. This would be the quickest way to take our planetary consciousness into the next phase that we need to create.”

I learned from navigating consciously through shamanic dream-realms that by channeling visions, we also create them in the phenomenal world and vice versa! Other-worldly parallel and mystical dimensions are intricately connected to our earthly realm through an infinite network of vibrating frequencies. These unfolding realities are often truth-manifesting and as we imagine, so it shall be! Of course, I wish that none of us would have to go through any potent cataclysmic catastrophe, man-made or otherwise, which would be capable of creating an irradiated environment on our beautiful planet.

The visionary artist Alex Grey, who was voted into the top 20 of the “Most Spiritually Influential Living People” in 2010 and 2011 in the Watkins Review, painted a very interesting and prophetic painting called Gaia, in which he depicts a huge tree as the centerpiece. The right side of the tree is in flames, as a result of armies controlled by politicians, which depicts the rape of nature. This darker side of his painting also shows the twin towers of the World Trade Center in New York City still standing as two airplanes fly overhead and pipes billow smoke in the foreground. This impressive painting was created in 1989 after Alex was inspired by an apocalyptic vision that he had during a dream around the time when his daughter Zena was born. That was long before the devastating events of 09/11 took place in Lower Manhattan, in 2001! Inside a cave in the trunk of the massive tree in this painting sits a breastfeeding woman and closely behind her stands a soldier with a machine gun ready to fire. A politician is whispering something into his ear, possibly giving orders to attack. According to Alex Grey’s description on his website, she represents humanity. The other side of the painting shows the tree living healthy in a natural setting with flowing clean water and a variety of animals coexisting harmoniously. A large ethereal eye with wings overlooks these wildly divergent scenes and Alex Grey uses the words “world soul” to describe this all-encompassing and transcendent awareness. But what especially caught my attention in this large and powerful piece, when I saw the original exhibited in New York, was a standing hand on the healthy side of nature with an eye in the palm. This symbolizes an evolutionary alarm that catalyzes the collective will of the people. It enables us all to see clearly and discern what actions are necessary to stop the mindless destruction!

Surely, many people all over the world pray for less wars and less pollution. I strongly believe in the power of prayer, but it’s probably not enough to just pray to stop imperialists from taking their destructive path. Activism does something, but the conglomerates with nearly infinite amounts of money and power often have their last say, while rearranging reality according to their liking! I realized the biggest and most effective societal impact on our planet regarding our civilization, is not standing up against what might be perceived as oppressors, but waking up together! As long as we are not fully conscious, we will always be fighting our internal struggles and projecting them externally while remaining trapped in spiritual ignorance, not unified, and wrongfully judging what we do not fully understand. Of course, it is crucial that we ALL focus on a beautiful and peaceful world together while we can still preserve nature on this planet.

What I find especially uplifting today are the possibilities for us to cooperate and relate to one another as more conscious and truly caring, empathic human beings. As aware and conscious humans, we proactively co-create a beautiful future and harmoniously act according to the cosmic principles that lead us into the expression of who we truly are! When human beings start to focus on their personal evolution, and are inspired to become fully present, the necessary changes that guide the collective will automatically express the peaceful transformations we require on our planet today. I therefore embrace spiritual illumination through direct contact with life force in the mystical experience. Our great hope for a sustainable future and the salvation of humanity is that we can collectively wake up!

Excerpt from: The Vision Of Paradise2020-04-112022-05-19https://www.transcendentaljourneys.com/wp-content/uploads/2020/05/transcendental-journeys-visionary-writing.pngTranscendental Journeyshttps://www.transcendentaljourneys.com/wp-content/uploads/2017/10/ayahuasca-ceremony_omananda.jpg200px200px
Recent Posts
Claim your FREE eBook
Subscribe to the FREE Newsletter to receive Omananda writings only shared with Newsletter subscribers. You will get special discounts over time and freebies.
Subscribe to the Podcast
Google PodcastsAndroidby EmailRSSMore Subscribe Options
Copyright: www.omananda.com - all rights reserved © 2020
Contact Us 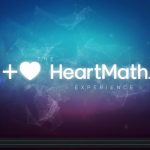 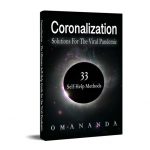