Generally, I like to be positive, but in a news post published today by Welt.de I learned about a horrible, although realistic, scenario; that within two years, at the current rate of destruction of the Amazon rainforest in Brazil, a point of no return could be reached, during which the Amazon Rainforest can no longer produce enough rain and without it – self-destruct. Apparently, 20% of all animal and plant species on the Earth live in the Amazon Rainforest – the biggest forest in the world.
For the Brazilian president Bolsonaro, the Amazon Basin is above all a gigantic mine for metals and oil. He said that under the rainforest lay riches, gold and many other minerals. But what kind of wealth is that? Doing it all in the name of economical progress, to make more money? What poor mentality is driving (inspiring) the selected portions of our species? How can it be that our economies are based on profits that derive directly from the killing of sentient species? China’s ocean pollution increased by 27% in 2018!!! What kind of creature are we? How can the world stand by to let this happen, in Asia, Africa, and now in the Amazon? Why are there no sanctions on Brazil? Why are there no more Gretas?

The following newslink is in German. (You can translate it with Google Translate.) Die Welt is Germany’s most professional news service, connected to Reuters.

Amazon Rainforest Vanished within two years at current rate of destruction2019-10-292019-10-29https://www.transcendentaljourneys.com/wp-content/uploads/2020/05/transcendental-journeys-visionary-writing.pngTranscendental Journeyshttps://www.transcendentaljourneys.com/wp-content/uploads/2019/10/amazon-rainforest-destruction-within-two-years.jpg200px200px
Recent Posts
Claim your FREE eBook
Subscribe to the FREE Newsletter to receive Omananda writings only shared with Newsletter subscribers. You will get special discounts over time and freebies.
Subscribe to the Podcast
Google PodcastsAndroidby EmailRSSMore Subscribe Options
Copyright: www.omananda.com - all rights reserved © 2020
Contact Us 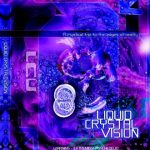